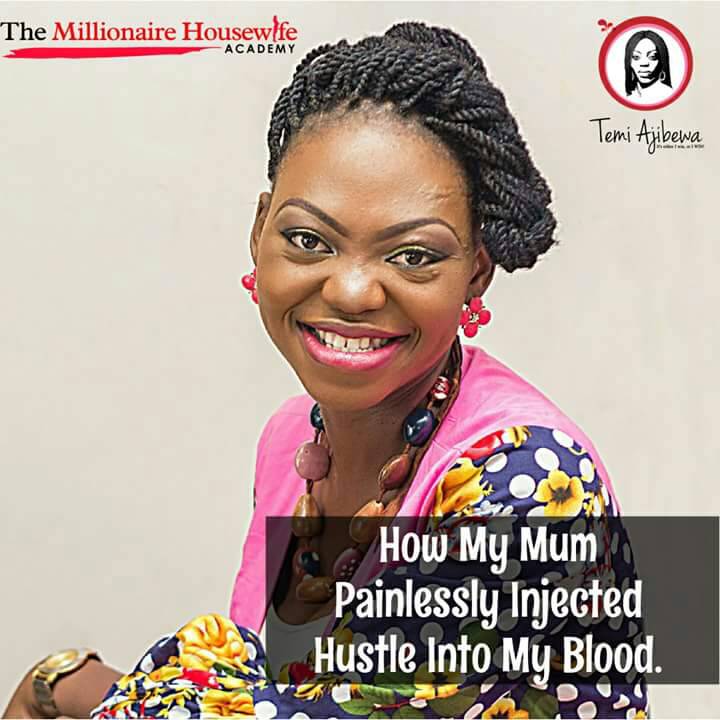 Towards the ending of 1994 my single mum suffered a major money loss after being duped by some spiritual people who wanted to help her have a second child for my intending step father because I had tied her womb after she had me.

Oh the preposterousness of that now but it was a real battle against my 7 year old spirit at some point in my life which is a story for another day.

The fake prophets took all my mum’s cash and it was a financially low moment in our lives. As though that was not enough, we had to move from our apartment at Akowonjo at that same time because the landlord wanted to ‘renovate’ his house.

It was a really painful period such that my mum couldn’t even celebrate my 8th year birthday for me. She who called a popular musician for my 7th.

Anyway, we moved to a new neighborhood and she began again from scratch by selling ‘provisions’ on a ‘kanta’ in front of our home at CD14 Shagari Estate, Alimosho. She sold biscuits, sweets, soap, body cream, palm oil, sugar, crayfish, you name it and Iya Tope sold. Well, except for pure water and soft drinks which the hairdresser in the next compound already sells.

One Saturday, we woke up to a loud noise of caterpillar and heavy trucks depositing sands and stones to the large unoccupied land in front of our street.

‘Oh awon people yi ti fe bere sini ko ile si ibi yi ni?’ (These people are about to start building here right?), my mum asked the hairdresser who had also come out to see what the noise was about.

In the afternoon I sat with my mum outside by her ‘kanta’ as she sold one thing or the other to her customers. I chatted away with my older cousin, Kehinde who stayed with us and then suddenly Kehinde was quiet and I heard some heavy footsteps approach us.

I looked up. They were the construction workers from across us. They greeted and asked my mum for food. They said they had looked around and my mum was the only one who looked like she had something they could eat even though they’d rather have real food.

I looked up at her sharply. Nobody sold Jollof rice in the area except the Calabar woman at the far Mosan bustop. I hope this woman is not about to send me to go and buy Jollof for these men in this hot afternoon sun o!

I began to cough and hold my chest. She didn’t even look at me.

‘Ah aa mind’, they replied they didn’t mind. Chai. I coughed even harder. Kehinde looked at me strangely.

‘Se e le pada wa in like 30 minutes?’ Mum asked if they could come back in about 30 minutes.

Father Lord, don’t let this woman send me to Mosan to buy any stupid Jollof rice ooo. I coughed even more then ran inside to ‘drink water’ but not before hearing her ask the men to come back.

Few second later, my mum came into the kitchen, eyed me where I sat and light the stove. I coughed again for more effect but she just ignored me.

Before I knew what was happening, my mum had poured water into the stew she made that morning and washed rice into it. Ahn ahn. The stew we were supposed to eat for the week?

I just sat there dazed as she sliced in more onions and added more condiments.

By the time the bricklayers were back, the Jollof rice was just getting slightly burnt and already had the signature aroma that most party Jollof rice have.

She served them with our plates and spoons and made N800 from that pot of rice after the earlier men went to tell their colleagues that one yellow woman across the street was selling Jollof rice.

As the last batch of men left, thanking her for the delicious rice, my mum headed to Iyana-Ipaja market to stock up properly for the days ahead.

In the morning, she would serve them Rice, yam or pap and akara, and in the afternoon, I and my older cousin would take Amala, eba and fufu plus all kinds of soups to them to sell.

I found myself enjoying doing this especially during the holidays and weekends when I didn’t have to go to school.

I enjoyed carrying the swallows to the site on my head while my cousin who is more composed, carried the soups. I enjoyed selling and collecting money then sitting there to watch the men labour so hard to complete the buildings. I enjoyed the smile I see on my Mum’s face whenever she saw us heading home with empty bowls and trays because we had sold out.

I enjoyed seeing her count the money, separate the money she would take to the market immediately if need be and then keep the rest but not before giving my cousin and I N10 each for a job well done.

Call it child labour but I absolutely loved and still do love making my own money to do as I wanted without having to depend on anyone to make my spending decisions all because I had EARNED the money.

The estate building project lasted for over a year and all through, my mum fed them and became really rich. I was a good student and learnt how she built a 6 figure business with zero cash but a pot of stew and some cups of rice.

It was from there she also became a supplier of building materials which was a career she held till she died 9 years ago.

That was how my Mum painlessly injected me with entrepreneurship and I cannot be grateful enough for this.Her lessons have brought me this far in my entrepreneurial journey.

This is why I am now particular about helping women start businesses and own their own money. This is why I just cannot stand a woman who does not have one hustle or the other bringing her income. How can an unempowered woman raise empowered children?

Now you know the genesis of my hustle, what do you think? Can you remember your own initiation into entrepreneurship?

Still yours in making millions from home, 😉

Want to experience our community?