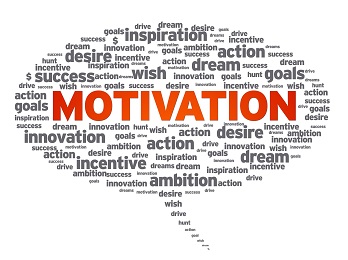 The events of my life these past days have got me thinking especially as this year rounds off. I’ve been thinking about how we all began the year with goals.

Most (or all) of us were pumped up and motivated to work on those goals in January. Most surprisingly, 92% fail at their goals. But here you are, close to the end of the year, and you’ve lost all your vibes to pursue your goal, and you don’t even know why!

I will tell you why.

Motivation (as good as it is) can only get you started.

You might be part of those who say something like “I need more motivation” or “I wish I had as much willpower as you do”. This is a wrong approach.

Results show that willpower or self-discipline is like a muscle that can be developed or nurtured. The reason why most people fail at their goals is because they are dependent on motivation alone. The truth is that motivation is fleeting, unreliable, inconsistent and most importantly it is based on emotion. And you know how fickle and unpredictable emotions can get.

Your reason for exercising, saving or doing business may stay constant but your desire or willingness to carry out the task you have set is more important.

Let’s check this scenario, the truth is that motivation based approach to self-improvement doesn’t work.

Jerry goes out early in the morning just feeling pumped up to hit the gym. This is not his first attempt to draw out exercise routine for himself. He is super motivated today, and perhaps an atom of enthusiasm can make the difference. Day 1 went well, his goal was to run for 30 minutes but he went the extra mile. Days 2-11 were also identical to the first day. Jerry was overflowing with motivation and he surpassed his goals every time. He is filled with power at this time but something took him by surprise. He received an email from his boss rejecting his leave request. This means the beach gateway with his friends is out of the question. Just when he was getting ready to get to his duty, Jerry realized, he will be spending hours in his workstation while his buddies are partying at the shore. He became upset and rejected; Jerry skipped the exercise for day 12.

Day 13 came and Jerry was feeling guilty about missing the previous day’s exercise. He knows he needs to go to the gym. He knows the importance of staying fit but his emotional state is in shambles and he can’t talk himself into getting motivated. The cycle of missing the gym and feeling so bad about it and  missing yet other sessions continues.

The enthusiasm and strong desire to exercise with Jerry came and ran out of cycle. With the few good emotions exercising early in the morning doesn’t sound appetising. He had probably experienced the same deep in levels of motivation just at about generating momentum. Shouldn’t accomplishing a day’s task make us feel better and makes us do more.

The answers take us back to emotions and their nature.

Excitement, desire, willingness; these are positive emotion that comes in anticipation of accomplishing a task lasting for only 1-6 weeks.

One professor calls it motivation waves as limited shelf life is inconsistent so motivation is sprinter, it can help us finish short term projects fast and strong but when undertaking long term project, strong and positive emotions can only get you started.

To get through the long hours, you need discipline.

Self-discipline is number one ingredient for success. It is even more important than IQ as research shows that highly disciplined students have higher grades than high IQ students.  Michael Jordan practiced and trained every single day to be the Michael Jordan. Chess grand-master Wesley So trained to become the world number 2 without a coach only after focusing on training from the internet.

You can bet that this highly successful people have heard their fair shares of bad days or some days getting out of bed like scaling the Mount Everest. You can be sure that there were demanding issues that would have made them give up their dreams but they didn’t sleep. Social media, phones, TVs, games give distracting temptations often times but they didn’t allow guilt and negative emotions paralyze them and their progress.

Strengthening your result and self-discipline is not anything easy. I understand that self-discipline feels overwhelming, uncomfortable and boring. It gets easier everyday but you get to do it every day too which is the hard part. The pains of self-discipline persist for quite a while but they will soon disappear. Repeated actions forms into a habit and there won’t be any feeling of discomfort anymore.

Turning a goal into a habit means focusing on it intensely for certain days. The more you focus on it, the more it will be on automatic. Once you put in on autopilot and the habit is strong, you don’t need to focus any longer, it becomes an unconscious behaviour. So automatic and effortless that it’s being completed without thinking of it.

You may not have as much self-discipline as you should; this is where you need to be accountable to someone. Someone who can hold you accountable daily to the goals you have set for yourself!

Not your buddy or your Pastor. I mean a real partner in progress. Someone you can rub minds with and share your deep concerns and re-strategize when the need be; someone like me who doesn’t give nor take excuses.

If this sounds like what you need, chat me up and let’s make the most of the few days left in 2017! I know this sun can still dry your cloths.

I love you unconstitutionally and it will give me immeasurable joy when you begin to shine as you slay your goals daily.